I love Christmas kitsch. Ugly Christmas sweaters, socks and everything which clearly says that at this time of year I’m loosing a sense of style. So it shouldn’t be surprising that visiting a traditional German Weinachtsmarkt was on my bucket list. And it’s not anymore. Technically, it wasn’t German, it was Austrian. But it was beautiful. And there was more than one. 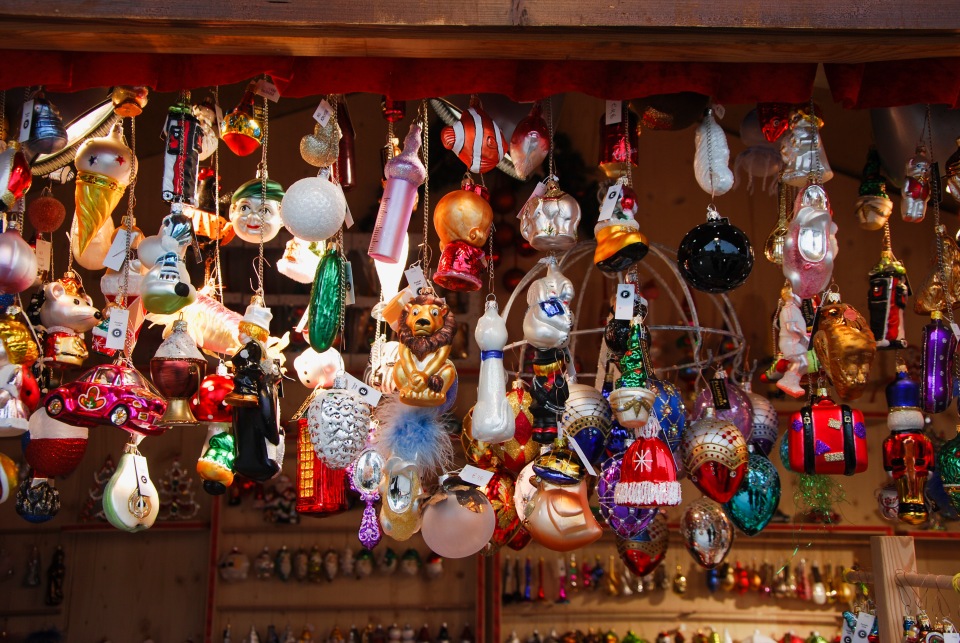 I wouldn’t go to Christmas market to Vienna (500 km), because Dresden is actually closer (200km) if it wasn’t for my dear friend who currently lives in Ljubljana. We wanted to see each other and somehow we figured out that the middle of the road between Wrocław and Ljubljana is in Vienna. 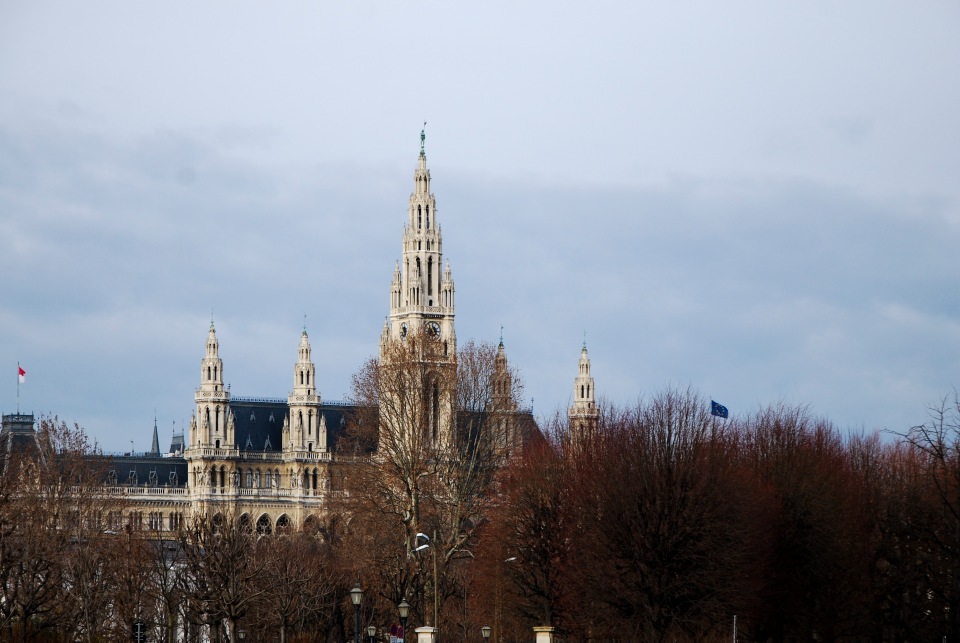 Vienna is one huge Christmas market. These markets are everywhere. The biggest and most crowded one – in the front of the Townhall (and there’s a skating ring too!). Smaller ones are in the street of the 1st district. A nice one, with an amazing Christmas tree made of sledges is in the front of Belvedere. And there’s one in Karlsplatz and one between Museum of Kunsthistorisches Museum and Natural History Museum and of course on in the front of the Schonbrunn (it’s so popular that it’s hard to get on the subway to Schonbrunn). Yes, you can buy the same stuff everywhere. Yes, we have visited all these markets. And one more, which made the biggest impression on me: at Enkplatz. And we wouldn’t have seen it if our Airbnb wasn’t nearby. 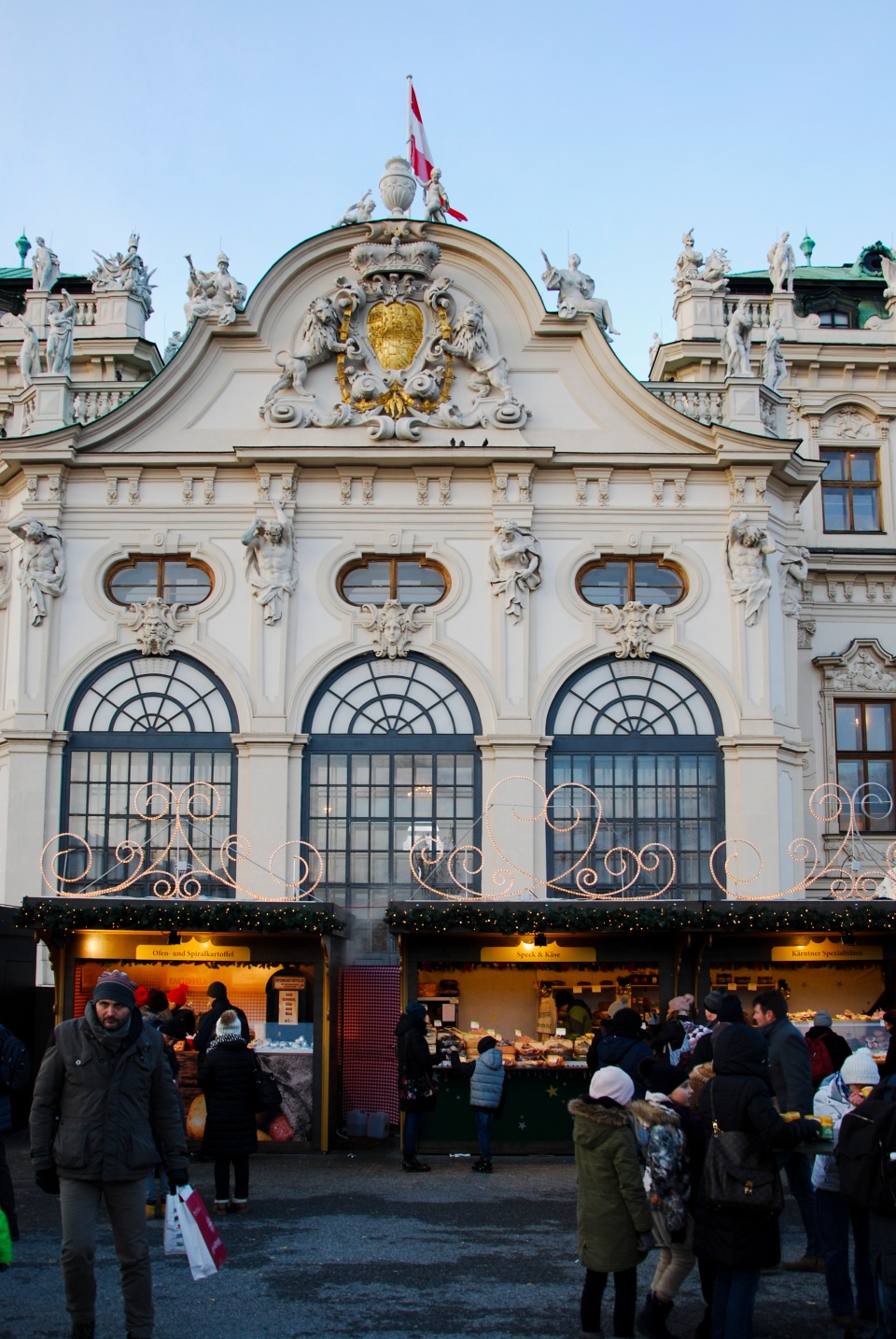 What makes the one at Enkplatz so unique? Focus and imagine: evening, church and a square in the front of it. The church is illuminated, but not like any other building – there are stars on it. And there are around 10 stalls in the front of the church and the Christmas music is playing. Isn’t it beautiful? Isn’t it amazing that Christmas markets aren’t only for tourists (as my friend noticed, you could hardly hear German language in the markets in the city center)? Enkplatz is not in the center and we were probably the only tourists there and we ended up there by accident. But it was worth it. 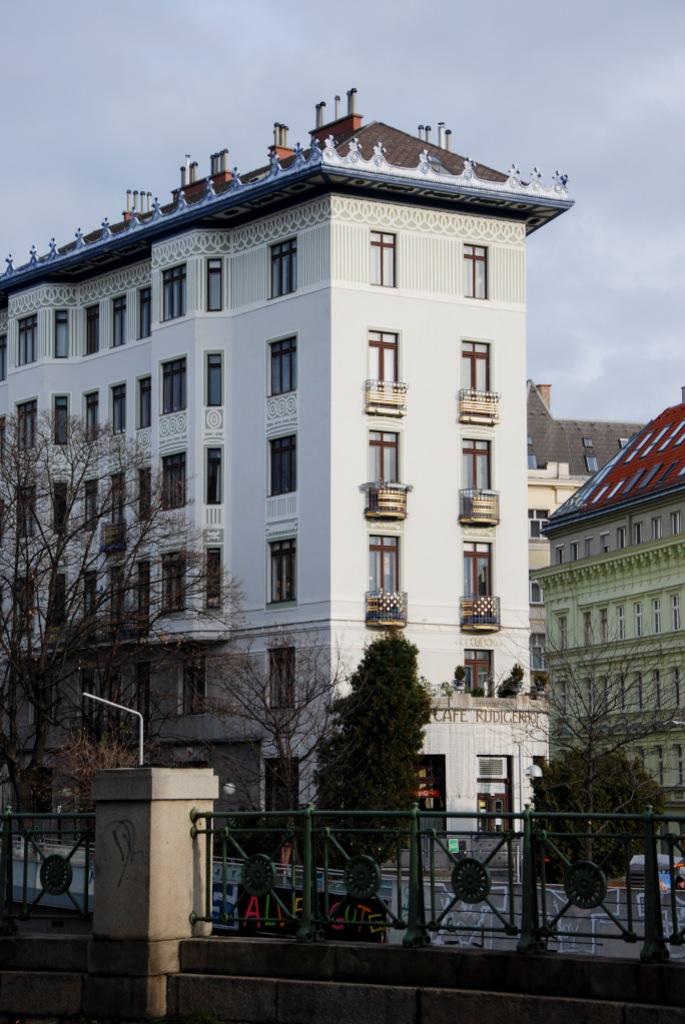