From the moment we decided to go to Dubai, I knew one thing: I want to go to Abu Dhabi. I saw so many pics of Sheikh Zayed Mosque on the Internet and I wanted to see it live. Mosque? Why would one go over 100 km to see a mosque? Because it’s amazing. And the biggest in United Arab Emirates – 40k people can pray there. People from all over the world were involved in desing, construction and decoration of it. There’s the biggest rug in the world and 3rd biggest chandelier. All numbers related to the mosque are impressive, you should check them out. And see some pictures, as this is truly one of the prettiest building I have ever seen: 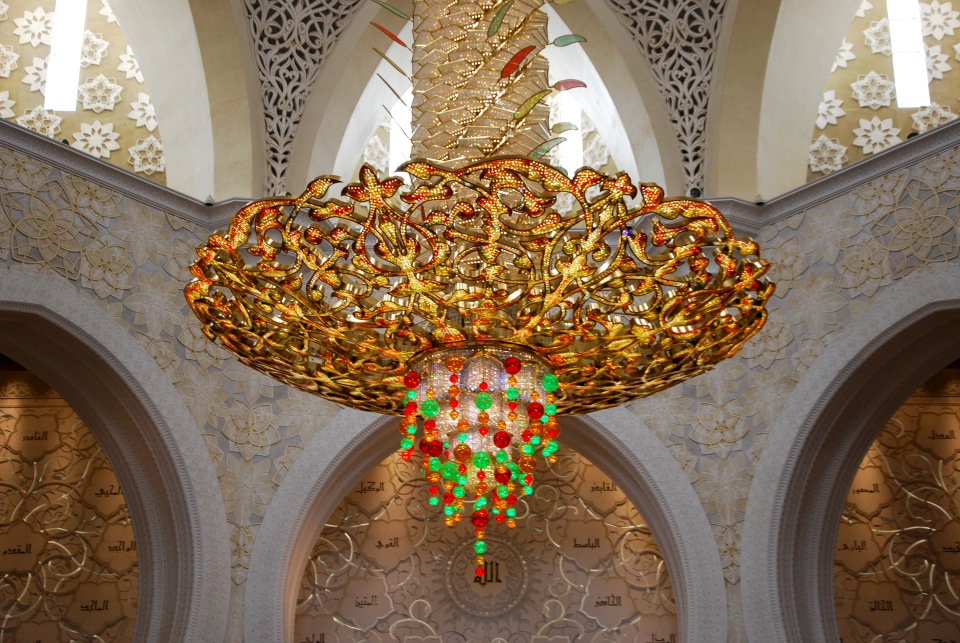 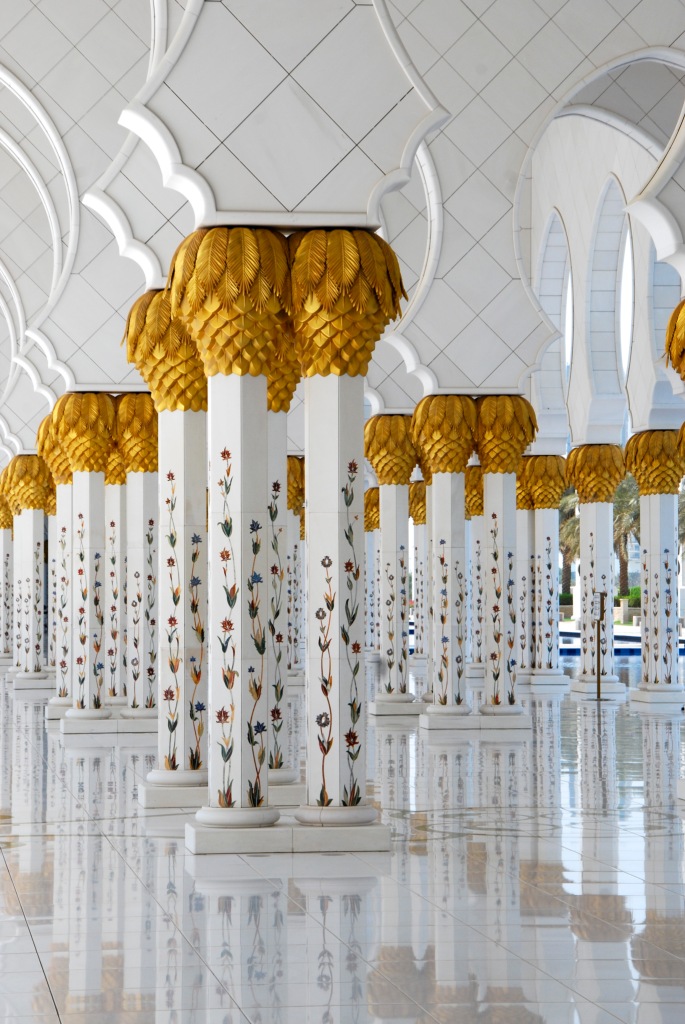 Abu Dhabi is not only a mosque. It’s not as busy as Dubai, less chaotic, feels even a bit lazy. But it definitely makes sure that tourists are happy: Corniche Promenade, beaches literally in the city center (we were really unlucky and there was a red flag, which is quite sad with 48 degrees Celsius), skyscrapers, amusement parks. Something for everyone. I’m not a fan of amusement/theme/whatever parks, I’d rather go for a walk around the city or drive around if it’s September in Emirates. And it’s really worth it to go for a day trip or half day trip. It’s just 150km from Dubai. And let pictures do the talking:

There are few ways to get from Dubai to Abu Dhabi, but the easiest is to rent a car. I recommend renting from a well known company, even if a hotel is recommending one they know. Highways in Emirates have a payment system. There’s a fee you have to pay, called salik and the price depends on how many “checkpoints” you pass. It’s not expensive, don’t worry.

There’s a huge parking in front of Sheikh Zayed Mosque and it’s free.

You have to be properly dressed to visit the mosque, but if you don’t have appropriate clothes, they’ll give you abaja. Men should wear long pants and women maxi skirts, long sleeves and they have to cover their heads. I recommend thin fabrics. It’s good to wear a top and then put a thin shirt, which you can take off the moment you live the mosque.

On a bike around ruins – Ayutthaya

Penang National Park – will the jungle eat you?